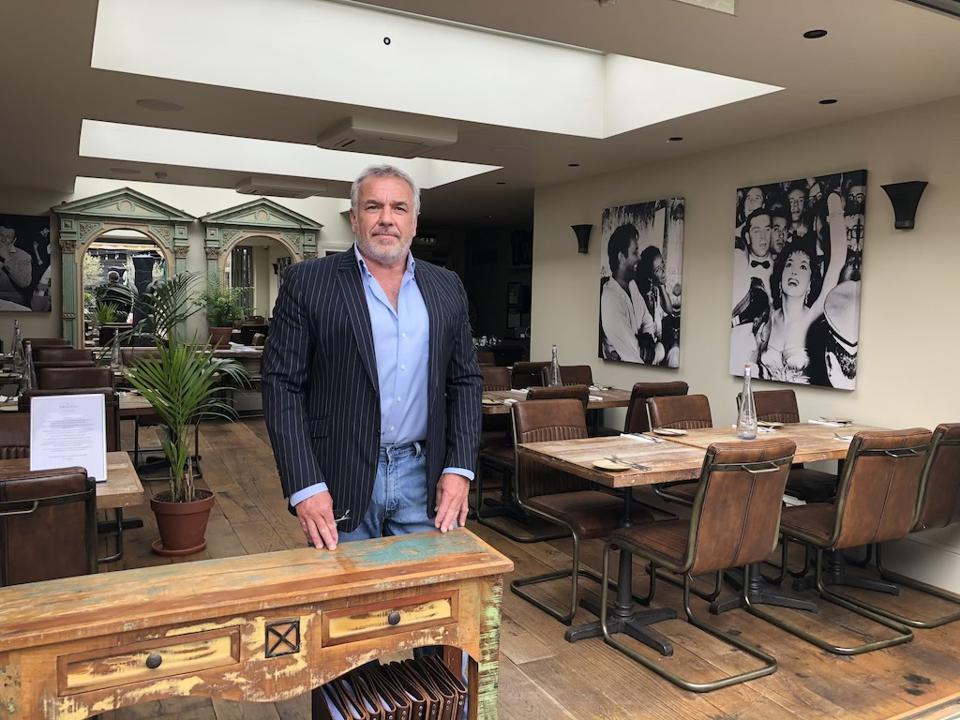 Because pubs, restaurants, and hotels were closed during the lockdown, the hospitality industry was one of the most impacted by the epidemic. With complicated Covid-19 regulations and pricey venue reopenings followed by abrupt closures, it caused a year of uncertainty and chaos, leaving company owners scrambling to remain afloat.

Tim Roberts, proprietor of No.Twenty9 pub and restaurant in Burnham Market, Norfolk, had to dig deep to survive the crisis, as did many others in the business.

Roberts had spent two years remodeling the Grade ll listed home at a cost of roughly £1.8 million ($2.5 million) and had a history as a building developer. When the pandemic occurred, it had only been in operation for two years, prompting the first U.K. lockdown in March 2020 and the immediate closure of all hospitality facilities.

Roberts, a native of Cambridgeshire, had completed a construction apprenticeship and, by the age of 24, was operating his own profitable building development firm. He joined the fire department three years later and served as a firefighter for 17 years until being forced to resign due to an accident.

He relocated to Norfolk in 2013. Roberts, a frequent visitor to Burnham Market, an upscale community on the seaside, saw that a local business was closing down. “It had previously been a hardware shop, a fruit and vegetable shop, and a home interiors business, but I felt it would make a wonderful bar and restaurant, which the hamlet desperately needed, so I decided to give it a try,” he adds.

After receiving the winning offer, Roberts began planning to renovate the Georgian Grade II listed property, which dates back to the 18th century. It was a massive job that involved completely gutting the structure.

The contemporary plasterwork was scraped and rebuilt using traditional techniques, and the floorboards were raised, numbered, treated, and re-laid in the same spot. It was also necessary to construct the kitchen, dining room, and outside patio.

Instead of the normal sand dunes and seagulls-themed artwork seen in seaside settings, Roberts used black and white pictures of renowned Hollywood actors to cover the walls of the bar and restaurant.

“I wanted something a little quirky,” he explains. It may not be a typical north Norfolk aesthetic, but it fits in nicely with the building's history and Grade ll designation, and the customers seem to like it.”

When the firm was forced to shutter during the first lockdown, it prospered by running a profitable outside bar, pouring beverages through the front window as allowed by the laws, and a bustling food take-out and delivery service.

Roberts explains, "All of our workers had been furloughed, so it was just myself, my head chef, and my general manager keeping things running." “The weather was fantastic, and we had a lot on our plates.”

Hospitality companies were allowed to operate on July 4, but only under tight social distancing standards that limited the number of tables available. Unfazed, Roberts created two sibling businesses on the same property: Number Thirty3 Bakery and Eric and Dolly's Pet Boutique. The installation of six luxurious guest rooms, as well as the acquisition of a civil wedding ceremony license, allowed the hotel to enter the lucrative wedding market.

A increase in Covid-19 cases forced an unexpected four-week countrywide lockdown in early November, bringing four months of brisk commerce to a standstill. Roberts and his employees are once again preparing for an uncertain future after the restaurant shuttered.

While the majority of the 33 employees returned to work on furlough, the chefs spent two weeks developing a fresh menu in anticipation for the December 4 reopening. It only lasted three weeks since the UK was once again placed under lockdown following Christmas Day. Roberts adds, "It was a waste of time that cost me roughly £30,000 in pay."

The first three months of 2021 were the most difficult, since low trading made it impossible to open. The economy came to a halt. Roberts, on the other hand, boosted an existing strong social media presence with a proactive marketing plan aimed at keeping thousands of consumers engaged and eager to return. They did so on April 12th, when restrictions were lifted, enabling food and drink to be sold outside.

“It was pouring rain and terribly cold, but we provided heaters and rain coverings, and all of our outside tables were full,” he adds. The crew was fantastic, and even under normal conditions, that first week out of lockdown was one of the busiest ever.”

Due to the high expense of weatherproofing outside facilities, several venues have chosen not to operate, despite having the space to produce much-needed money. “It didn't make sense not to open after so long without any commerce, and coming back to work was excellent for everyone's mental wellbeing,” he adds.

The firm has not only survived, but thrived, thanks to Roberts and his team's perseverance in the face of adversity. But, he maintains, maintaining high standards in the face of adversity is just as important. “Whether it's the facilities, the cuisine, or the service,” he continues, “you set your own personal standards and expectations and rise to the task of upholding them.” That's something we've done throughout the epidemic, and it's what keeps people coming back.”